So Trump has weighed into the nature of money chat on Twitter overnight. It had to happen sooner or later, so seems a good prompt to break my blogging holiday. 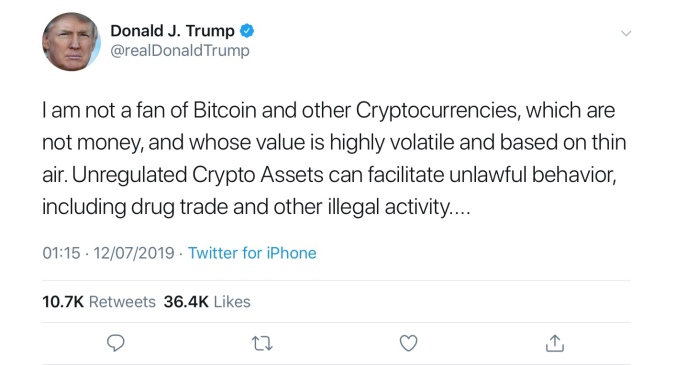 Facebook Libra looks fascinating, although to be honest I’m still trying to work out what the point of it actually is. To recap, Facebook has announced that it will launch a new cryptocurrency in 2020. Unlike Bitcoin et al it will be 100%-backed by an as yet undisclosed basket of fiat currencies. And Facebook + partners reckon they can get through the anti-money laundering regs that they’ll need to navigate so that we can all hold Libra in digital wallets and spend it on stuff on the internet. Money serves as a medium of exchange, a store of value and a unit of account. It kind of looks like Facebook could check all three boxes. Or maybe not?

The white paper makes a big play of Libra being stable, and thus filling a hole to serve underbanked folk around the world. As a portfolio manager I assumed that they equated stability to one of two things. 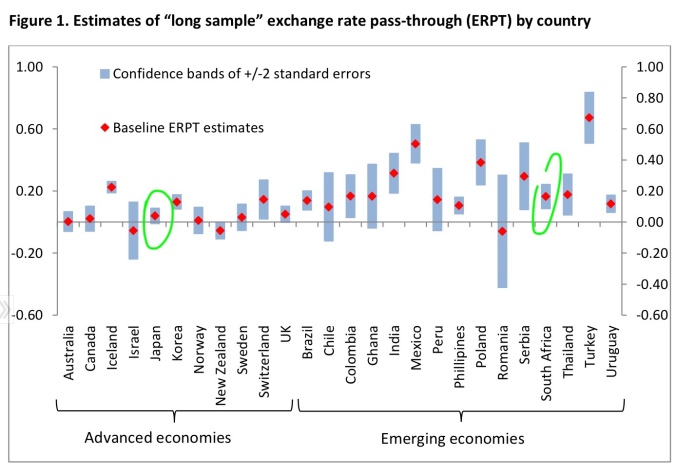 So stable means something else I guess. Perhaps, as inferred in Trump’s tweet, the bar to stable is being less volatile against the USD than Bitcoin (a super low bar), or maybe it means as-stable-as-quants-can-get-it (perhaps setting the composition of reserve assets backing Libra from an optimisation that seeks minimum volatility against a user-weighted fiat currencies?). Who knows.

Why might I care? Because if a thing-trying-to-be-money is to be a store of value, its value should be well-correlated to movements in the price of the thing I want to buy. Which is one reason that central banks are so concerned with anchoring inflation expectations. Stability is required for the store of value box to be checked. And this needs to be checked to be money.

But let’s take Trump’s anxious third tweet in his thread – the one where he worries for the fate of the dollar. 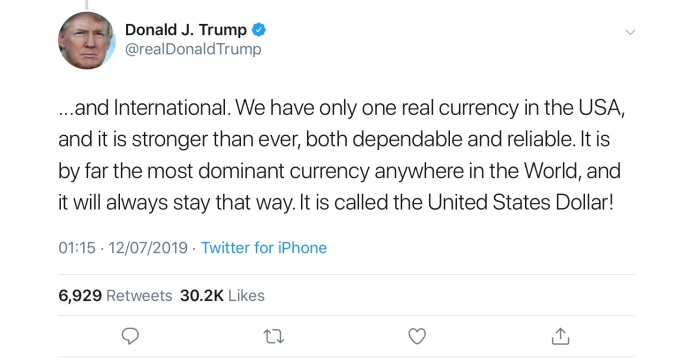 In a scenario where Libra has supplanted the dollar as a medium of exchange it’s not a stretch to imagine that it really would become stable. Pastrami on rye sandwiches in New York delis could be priced the same in Libra from one day to the next. Their dollar price (if you wanted to calculate it) would fluctuate. How would the FOMC fulfil its inflation mandate? I guess that the dollar-Libra exchange rate would become one of the most important elements of monetary policy. The idea that the US might have to try to peg the dollar to a basket of currencies, the composition of which is decided by tech geeks who have decamped to Switzerland it the stuff of Trump’s nightmares.

How does Trump stop his nightmare unfolding? We get to tweet number 2: 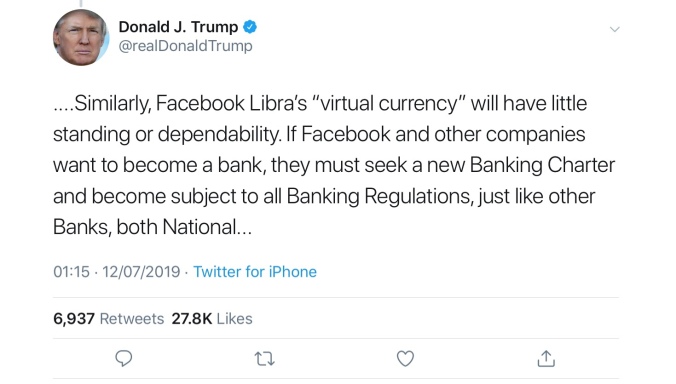 From a finance-person perspective Libra looks like a multi currency money market ETF. But it also looks like an assault on the State’s ability to control our monetary lives.

Ill-regulated, Libra looks like a super-easy way to evade present or future capital controls (units recorded on the blockchain in Switzerland so I guess that if a country permissions its citizens to exchange their local currency for Libra, that’s it). And I can also see that it might be a way for e-commerce to once and for all rid themselves of individual countries’ fiscal reach (if transactions all take place on the Libra cyberledger, I can see that geographical fiscal jurisdiction might get tricksy). In an extreme scenario where Libra displaces a national currency as the medium of exchange I can see it leading governments to lose a major tool of macroeconomic policy as well as seigniorage.

But States really really don’t like firms playing fast and loose with people’s money. Despite what you might infer from the GFC and its aftermath, retail client money is super-highly regulated. And States would be loathe to throw away the ability to impose capital controls or tax domestic transactions at some point in the future. FinTech is a powerful thing, but so is FinReg.

Finding patterns in finance, econ and technology -- probably where there are none

You gotta be first or right. If you're both then that's lucky

A blog on macroeconomics and public policy by Tony Yates.